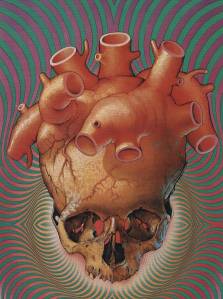 Saint Valentine’s Day is a holiday observed on 14th of February honoring one or more early Christian martyrs named Saint Valentine. It is traditionally a day on which lovers express their love for each other by presenting flowers, offering confectionery, and sending greeting cards (known as “valentines”).

But what are the real origins of Saint Valentine’s Day? Is it really a Christian holiday as claimed by many churches and believers?

At least three different Saint Valentines, all of them martyrs, are mentioned in the early martyrologies . One is described as a priest at Rome, another as bishop of Interamna (modern Terni), and these two seem both to have suffered in the second half of the third century and to have been buried on the Flaminian Way, but at different distances from the city. In William of Malmesbury’s time what was known to the ancients as the Flaminian Gate of Rome and is now the Porta del Popolo, was called the Gate of St. Valentine. The name seems to have been taken from a small church dedicated to the saint which was in the immediate neighborhood. Both of these Saint Valentines some are listed in the Acts of the Martyrs, but they are of relatively late date and of no historical value. Concerning the third Saint Valentine, who suffered in Africa with a number of companions, nothing further is known.

The Catholic Encyclopedia says, “The popular customs associated with Saint Valentine’s Day undoubtedly had their origin in a conventional belief generally received in England and France during the Middle Ages, that on 14th of February, half way through the second month of the year, the birds began to pair.”

In Chaucer’s Parliament of Foules it says, “For this was sent on Saint Valentine’s Day, when every foul cometh there to choose his mate.”

For this reason the day was looked upon as specially consecrated to lovers and as a proper occasion for writing love letters and sending lovers’ tokens. Both the French and English literatures of the fourteenth and fifteenth centuries contain allusions to the practice. Perhaps the earliest to be found is in the 34th and 35th Ballades of the bilingual poet, John Gower, written in French; but Lydgate and Clauvowe supply other examples. Those who chose each other under these circumstances seem to have been called by each other their Valentines.

In the Paston Letters, Dame Elizabeth Brews writes about a match she hopes to make for her daughter, addressing the favored suitor, “And, cousin mine, upon Monday is Saint Valentine’s Day and every bird chooses himself a mate, and if it like you to come on Thursday night, and make provision that you may abide till then, I trust to God that ye shall speak to my husband and I shall pray that we may bring the matter to a conclusion.” Shortly after the young lady herself wrote a letter to the same man that said, “Unto my rightwell beloved Valentine, John Paston Esquire”. The custom of choosing and sending valentines has fallen into comparative desuetude.

So Saint Valentine’s Day was recognized as a holiday by the Catholic Church. Sounds pretty tame, right? Not really, there is a deeper much darker past to this holiday. A past the Catholic Church and the Catholic Encyclopedia conveniently left out of their texts, a past most Christians are completely unaware exists.

The Lupercalia Festival was a very ancient pastoral festival, observed on February 13 through 15 to avert evil spirits and purify the city, releasing health and fertility. Lupercalia absorbed and expanded the Februa Festival, an earlier-origin spring cleansing ritual held on the same date, which gives the month of February its name.

In Roman mythology, Lupercus is a god sometimes identified with the Roman god Faunus, who is the Roman equivalent of the Greek god Pan. Lupercus is the god of shepherds. His festival, celebrated on the anniversary of the founding of his temple on the 15th of February was called the Lupercalia. His priests wore goatskins. The historian Justin mentions an image of  “the Lycaean god, whom the Greeks call Pan and the Romans Lupercus,” nude save for the girdle of goatskin, which stood in the Lupercal, the cave where Romulus and Remus were suckled by a she-wolf. There, on the Ides of February (in February the ides is the 13th), a goat and a dog were sacrificed, and salt mealcakes prepared by the Vestal Virgins were burnt.

The 14th of February was the day specially set aside for love lotteries in Pagan Rome. It was a holiday devoted to Juno, Queen of the Gods, and patroness of marriage. The 14th of February was also the day on which young girls’ names were written on slips of paper and thrown into jars to be picked out by the boys. Chooser and chosen would then be partnered for the duration of the Lupercalia Festival. Such arbitrary pairings often resulted in lasting relationships. The Catholic Church later substituted the names of dead saints in place of those of flesh-and-blood girls to subvert the lusty Pagan practices.

The Lupercalia Festival proper began on the 15th of February with animal sacrifice and ritual flagellation. After slaughtering a goat and dog in the sacred grotto of the she-wolf who suckled the legendary founders of Rome, the young men would run through the streets whipping women and crops with the flayed hide of the goat to promote fertility. Archaeological evidence suggests that the Lupercalia Festival, far from being restricted to Rome, was practiced in other cities in Italy and Gaul.

Dating from remotest antiquity, the Lupercalia Festival was celebrated until as late as the reign of Anastasius I in 491-518 AD. It was towards the end of the 5th century in 498 AD that Pope Galesius decided to dedicate the Eve of Lupercalia to the long-dead priest. The lottery system was banned as being Pagan and the Pope did his best to make people forget about other Pagan ideas such as fertility.

However, the Pagan principles of the people proved irrepressible. Memories of the Roman Lupercalia Festival combined with folklore beliefs in Britain and France that the 14th of February marked the beginning of the mating season amongst birds to ensure that this day would persist in the popular imagination as a day of love.

Why send a card and why make it anonymous? Either we believe one of the Christian legends and accept that we all celebrate the giving of a love token of 3rd century priest by sending a replica, or look deeper into the significances of giving and anonymity. The act of giving, stripped of any moral sentiment, is usually one of status modification, for example, how many times do you hear people boasting of how they give to charity? However, in this instance the giver’s identity is carefully concealed. The card itself acts simply as the vehicle of the giver’s desire. The message that accompanies such cards is most often in the imperative, “Be My Valentine”,” Be My Love”, etc. The structure of this exchange is remarkably similar to many magical formulas.

Saint Valentine’s Day has absolutely nothing to do with a Christian saint, but everything to do with kinky Pagan sex rituals. After reading this article, if you ever ask someone to be your Valentine, don’t forget that you are engaging in an ancient Pagan fertility ritual and also dabbling in black magic.

Even after the Catholic Church replaced Lupercus with Saint Valentine and recast Cupid into a cherub, the Lupercalia Festival continues much as it had before. The change of the name serves as the only contribution that Christians brought to Saint Valentine’s Day.

It’s not possible to Christianize a Pagan holiday. To attempt to do so is entirely against everything the Scriptures teach us. The Apostle Paul wrote, “Be ye not unequally yoked together with unbelievers: for what fellowship hath righteousness with unrighteousness? and what communion hath light with darkness? And what concord hath Christ with Belial? or what part hath he that believeth with an infidel? And what agreement hath the temple of God with idols? for ye are the temple of the living God; as God hath said, I will dwell in them, and walk in them; and I will be their God, and they shall be my people. Wherefore come out from among them, and be ye separate, saith the Lord, and touch not the unclean thing; and I will receive you, And will be a Father unto you, and ye shall be my sons and daughters, saith the Lord Almighty” (2 Corinthians 6:14-18 KJV).

In the Torah, God made a revelation to Moses which he wrote down for future generations. Moses wrote, “Be careful to hear all these words which I command you, so that it may go well with you and with your sons after you forever, when you do the good and right in the sight of Jehovah your God. When Jehovah your God shall cut off the nations before you, where you go to possess them, and you take their place and dwell in their land, take heed to yourself that you do not become snared by following them, after they are destroyed from before you, and that you do not ask about their gods, saying, How did these nations serve their gods, that I too may do likewise? You shall not do so to Jehovah your God. For every abomination to Jehovah, which He hates, they have done to their gods; even their sons and their daughters they have burned in the fire to their gods. All the things I command you, be careful to do it. You shall not add to it, nor take away from it” (Deuteronomy 12:28-32 MKJV).

The Apostle Paul warned the Galatians that those who practiced Pagan rituals would never inherit the Kingdom of God. He wrote, “Now the works of the flesh are manifest, which are these; adultery, fornication, uncleanness, lasciviousness, idolatry, witchcraft, hatred, variance, emulations, wrath, strife, seditions, heresies, envyings, murders, drunkenness, revellings, and such like: of the which I tell you before, as I have also told you in time past, that they which do such things shall not inherit the kingdom of God” (Galatians 5:19-21 KJV).

In his first epistle to the Corinthians, the Apostle Paul wrote, “You cannot drink the cup of the Lord and the cup of demons; you cannot be partakers of the Lord’s table and of a table of demons. Or do we provoke the Lord to jealousy? Are we stronger than He?” (1 Corinthians 10:21-22 MKJV).

All Paganism is Satanism. Satan is behind all Pagan rituals and practices. Whenever someone observes a Pagan holiday, the fact is they are actually participating in Satan Worship. Many ancient Pagan holidays have been cleverly disguised, sugar-coated, re-packaged and sold to Christians as though they had spiritual value. God cannot be worshiped, served, pleased or honored  with Pagan rituals and Satanic holidays, even if they have been Christianized. God seeks only those willing to worship Him in spirit and in truth (John 4:24).